Arguineguín is located next to the beach "The Marañuelas" which belongs to the municipality of Mogán, province of Las Palmas. Arguinegín is one of the most populated towns along the south coast of Gran Canaria. A typical Canarian fishing village, it is home to many locals, as opposed to being a popular tourist destination.

There are several bars and restaurants, the latter specializing in fresh fish caught daily. Tuesday is market day: the largest on the island. The name dates back to 1492 or so, when Christopher Columbus was intended to discover the Indies, but instead discovered America. Columbus had sailors with him travelling on his boats from the north of Spain.
The name “Arguineguín,” meaning, “quiet water,” comes from the Guache language. The Norwegians have especially taken the fishing village into their hearts, the Norwegian population being especially large in the wintertime. This might also be due to the Norwegian school, Norwegian church and a Norwegian health center being located in or just outside of Arguineguín. There is also a Norwegian doctor's office, located at the marketplace in Arguineguin, and a big Norwegian-owned timeshare holiday resort named Anfi del Mar, located just outside of the city.

Don’t be surprised if you see famous footballer David Silva in the area; he likes to frequently visit his hometown! 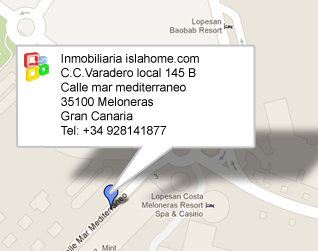 Don't Have An Account With Us?
We can fix that! Step right this way to sign up.